In order to make listening to our fine recordings that little bit easier we have just opened an account on Soundcloud and started posting tracks to it.  Eventually everything will be up there but please be patient – we’re not the fastest in the world at this computer malarkey y’know.  Here’s the final track on Vermont’s “The Euphony” to prove it.

In other news we are gearing up for the next re-release in the series – Vermont’s third single “The Kinetic”.  More details on that to come.  Be seeing you.

Just a quick notice that the wonderful Wintergreen’s single “Autumn Leaves/Clockwork Mice” is now available to buy direct from here as both a 7″ record and a digital download in the format of your choice.  If you’ve not heard the tracks you can always go to the bandcamp site and take a listen, or you could head over to YouTube to acquaint yourself further with their seductive noises.  Here’s the other track from the single (we posted the other on Monday), Clockwork Mice:

After spending a significant wedge of time dotting the ‘t’s and crossing the ‘i’s (well at least as long as it took to realise we should be doing it the other way around) we have set everything in place to (re)release Wintergreen’s “Autumn Leaves/Clockwork Mice”. Their second single (and first on Tbilissi), it was initially released in August 2005, but it never received the publicity it merited.

Nowadays with the improved ability of virtual outlets to allow music to be released flexibly and without prohibitive overheads (yawn, boring!) we can allow it to be heard again. So we can announce that it will be available to buy on digital download (in a smörgåsbord of formats) or as a wonderful slab of 7″ vinyl ready to spin around on your turntable (but also with a free download for your portable player of choice) from Friday 20th September.

Yes, we know that’s this Friday. Once we managed to get everything ready we just couldn’t wait any longer. That’s how things work in the digital age y’know. Or something.

Tell you what – here’s the AL-side of the single “Autumn Leaves”.

Yes, we’ve been a little quiet for a few months or so (due to a release from Simon from Vermont’s new band Cosines), but we’re gearing up for yet another reissue of previous Tbilissi magic. We are jumping ahead of ourselves a little chronologically, but the reason for that will become clear soon enough.

The next reissue will be the single Autumn Leaves/Clockwork Mice by Wintergreen. Originally released in the summer of 2005 this single was lovingly created by the band and delicately licenced to Tbilissi to release. Keep your eyes peeled for the next update.

In the meantime you can visit the newly-minted Tbilissi Bandcamp page to see the (albeit limited) releases available virtually so far. There will be more. Just you wait…

To catch up with where we are with our reissues, here are the other tracks from Vermont’s first two singles “The Funicular” and “The Euphony” on YouTube.

We’ve also made some playlists so you can listen to the tracks in order as they are on the single.  Here they are:

Hope you like them, and it makes playing the songs a little easier.

Finally, we have managed to work out how to create those video things that are all the rage nowadays.  No mean feat considering we were brought up in the era of the Acorn Electron.

That 32k of memory really blew my mind…

So we managed to upload “Bullfight in Bogna”, the lead track from Vermont’s second single “The Euphony” (see here for the full details), and did a fancy crossfade between front and back covers.  See what you think:

As a glorious aside to the rerelease of Vermont’s second single The Euphony, here’s a YouTube video of Jimmy from The Bobby McGee’s showing people how to play the C9 chord on the ukelele using the lead track from that release.  He does get the song title slightly wrong, but we can forgive him for that…

The Euphony is still available for free streaming or paid downloads (or even on a shiny seven inches of black vinyl) here.

After a small delay we get to the next reissue of our back catalogue.

Vermont’s second single “The Euphony” was another collection of the best songs in their set at the time, but they had evidently taken a large step forward from their first single The Funicular. The sound quality was significantly improved, primarily through the switch of studios to the now sadly mothballed Sonic Bunker in Hackney but also due to letting guitarist Simon get his hands on the mixing desk and all members becoming much more adept and confident with their instruments. 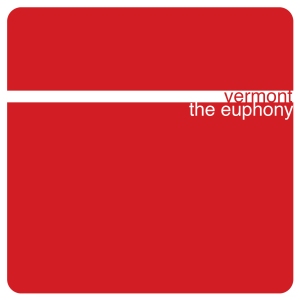 Due to the satisfaction of the band over the quality of the songs recorded, the decision was made to release the single not only on CDRs as previously, but also on a limited run of 7″ vinyl. We can now make available the last few copies of this run, alongside the new digital download of the single – have a look (and a listen) here.

We’d like to apologise and say that the proposed reissue of the second Vermont single “The Euphony” has had to be slightly delayed.  There’s not much to say about why this has happened, but we should be ready for release on Friday 8th February instead.

Erm… okay, it’s because we’ve been listening to the new My Bloody Valentine album, sorry.  Four more days isn’t as bad as 21 years is it?

After getting Kaleidoscope and The Funicular out into the open air of the interweb we should be progressing at a more or less chronological pace from now on.  So next up will be the second Vermont release: The Euphony.  There’s still a few more loose ends to tidy but we should be ready to let slip the songs of yore on Monday 4th February.  Keep your ears peeled.