Phew, we’ve had a crazily busy summer so yet again curating the previous releases on our homely little label has taken a backseat.  However we have just uploaded Vermont’s first album “Ins Kino” into the monolithic servers of Bandcamp and given you the option to buy either digitally or a physical copy (12″ vinyl and proper CD).  Why not go here to take a look?

The album is also on our Soundcloud if you’d prefer to have a taster beforehand.

It’s our very great pleasure to draw your attention to former Tbilissi alumni Wintergreen.  They have just released their debut album, and it’s an absolute cracker.  Have a listen to this track from it:

The Rule Of Small Things is available on vinyl and digital from their own Bandcamp page and we highly recommend you get it. 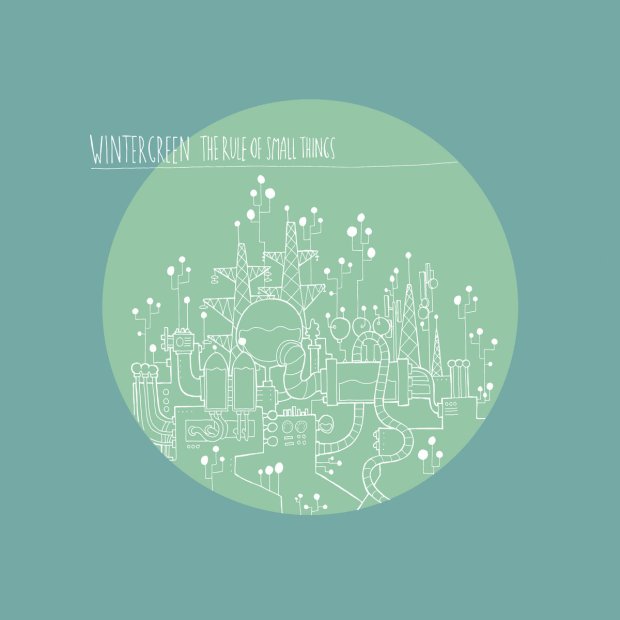 If you do like this album, maybe you could consider buying their previous release Autumn Leaves/Clockwork Mice?  Just asking…

Hello there.  Yeah, it’s been a long long… long time as someone famous once sung, but we’ve not forgotten about you.  We were just busy elsewhere making other records, just not ones on Tbilissi.  In fact we should probably tell you about them instead of keeping it to ourselves.

One record we helped create has just been released on the reliably stimulating WIAIWYA label.  This is a taster:

It’s the first track on Side Two of the debut album proper from The Leaf Library called Daylight Versions.  And here’s the cover so you can find it in the shops:

That is some nice design there.  Anyway, The Leaf Library are launching this fantastic piece of plastic with a show at The Lexington in Islington this Sunday 22nd November with support from The Hayman Kupa Band and some mysterious special guests who can’t be named for stupid legal reasons.  If I only had a DRINK for each time I’d heard that from a promoter… ahem.  Tickets are available here and a certain Simon (formally from Vermont) will be assisting them onstage (as he recorded and co-produced the album as well).

Second in our series of sporadic signposts towards music that we like is this tune from a compilation released to raise funds for a “monthly sonic exploration event” in deepest darkest Worcestershire.  We haven’t been, so don’t know if it’s any good, but this track is fantastic and makes us want to turn the hi-fi up until the deaf bloke next door starts banging on the wall.

The compilation is available for whatever you can pay here, and the track in question “Wiederholen Gruppe 99” by the ever-excellent Soundhog can be watched simultaneously with an old skiing film below.

Now available on Bandcamp for your listening (and purchasing) pleasure; Vermont’s “The Kinetic” single.  You can buy it here as both a digital download or 7″ single (with included download).  And you can have a listen to all the tracks beforehand too.

You can also listen to the single on Soundcloud if you prefer:

We can announce that the next release from Tbilissi Recordings will be the third Vermont single “The Kinetic’, which we are hoping to make available to you all on Friday 17th January.  To whet your appetite here’s the last track from the single – “Starting Again”.

We’re busy here working on various new releases and reissues here at Tbilissi towers at the moment, but we thought it might be good to share some of the things we have been listening too as we wade through websites and muck about with Photoshop.

A new single that we’ve been listening to loads is one of the singles in the Odd Box Records 100 Club Series of 7″s – “Flux/Teeth” by the excellently fuzzy Fever Dream.   Here are the tracks for you listen to; you can buy directly from the Odd Box site, but hurry as there’s only 100 copies available.

The “Autumn Leaves/Clockwork Mice” single by the ever charming wintergreen is available over on that Soundcloud thing this very minute.  So please mosey on over and have a listen if you like.  Or just click play below:

In order to make listening to our fine recordings that little bit easier we have just opened an account on Soundcloud and started posting tracks to it.  Eventually everything will be up there but please be patient – we’re not the fastest in the world at this computer malarkey y’know.  Here’s the final track on Vermont’s “The Euphony” to prove it.

In other news we are gearing up for the next re-release in the series – Vermont’s third single “The Kinetic”.  More details on that to come.  Be seeing you.

Just a quick notice that the wonderful Wintergreen’s single “Autumn Leaves/Clockwork Mice” is now available to buy direct from here as both a 7″ record and a digital download in the format of your choice.  If you’ve not heard the tracks you can always go to the bandcamp site and take a listen, or you could head over to YouTube to acquaint yourself further with their seductive noises.  Here’s the other track from the single (we posted the other on Monday), Clockwork Mice: